Sculptors always like making prints. There’s a physicality about prints that I really enjoy.

This exhibition shows the works by thirteen artists for whom sculpture and print are very important. In fact some of them are devoted exclusively to these techniques.

Between the XV and XIX centuries, printmaking was mainly focused on reproducing the works of famous painters. There weren’t any prints made of works by sculptors. The reason for this is that printmaking only tried to imitate the effect of paintings. Therefore the prints were only made by master printmakers and never by the painters themselves. We have to wait until the XX century to see painters who also make prints. The exception that proves the rule are Durero, Rembrandt and Goya.

We might not think that the flat surface of the paper would provide any incentive to artists who stand by tridimensionality. However, the new attitude of the sculptors to printmaking was related to the emphasis of modern art on materials and processes.

Sculptors became printmakers for pleasure, or for the challenge of using new material and techniques, and to reach new audiences as well.

Craftwork is both inherent to sculpture and printmaking. Collaboration among people with different skills (stone-workers, foundry workers, printers) is common for sculptors and printmakers. They are also familiar with the idea of edition from a matrix. Every artist has their own manner of approaching these two techniques. 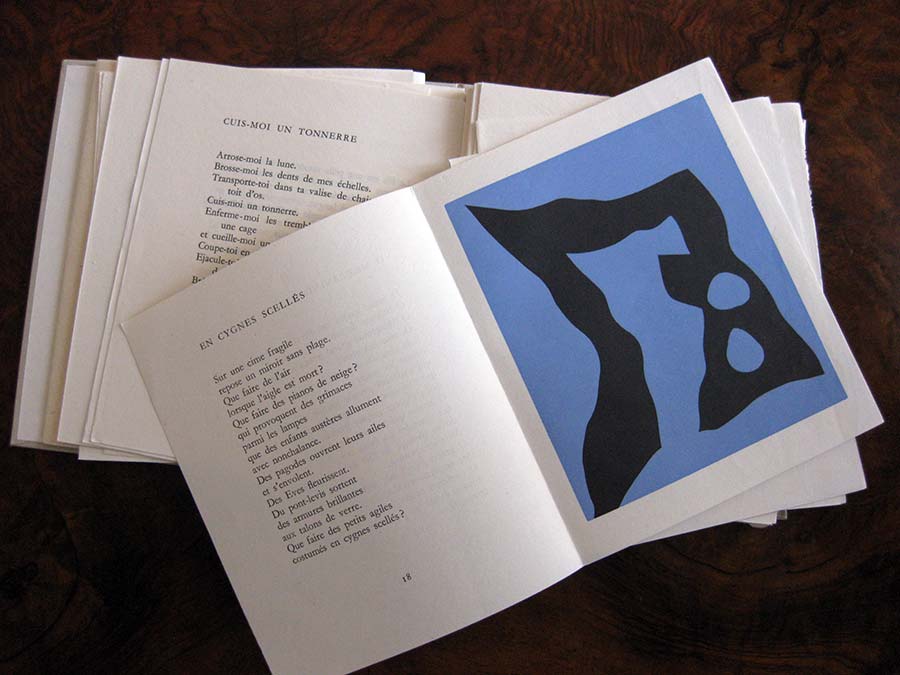 Jean Arp was one of the founders of the Dada movement (the centenary of which is this year). Some of the ideas that illuminate and impregnate his works had their origin in that avant-garde context. For instance, fate, impersonal means to remove any trace of subjectivity, and his commitment to concrete and abstract art. 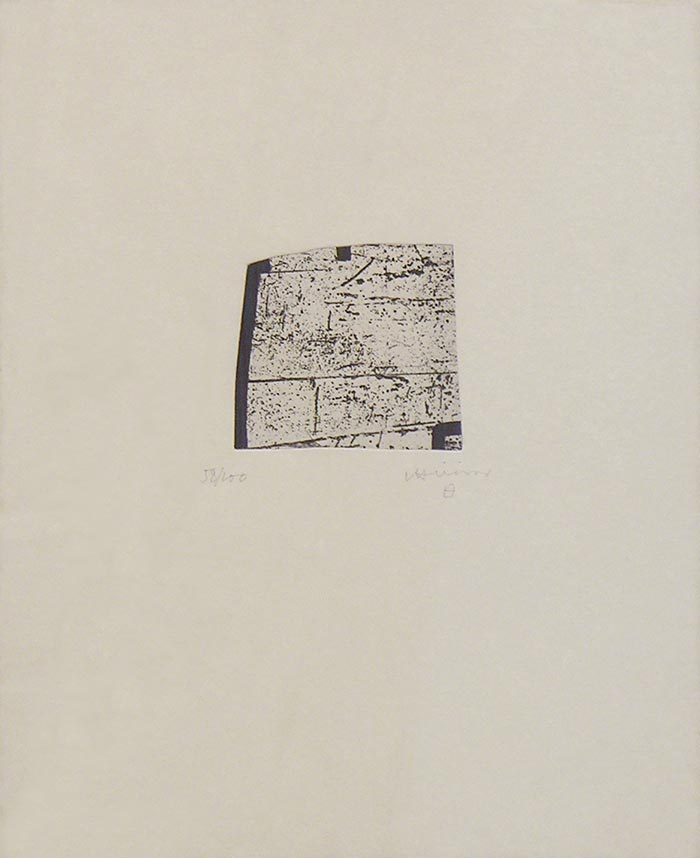 Eduardo Chillida's works as a printmaker are by no means less important than his works as a sculptor. His prints are a parallel universe to his sculptures. Spatial investigation trough different techniques and materials is a constant in his works. 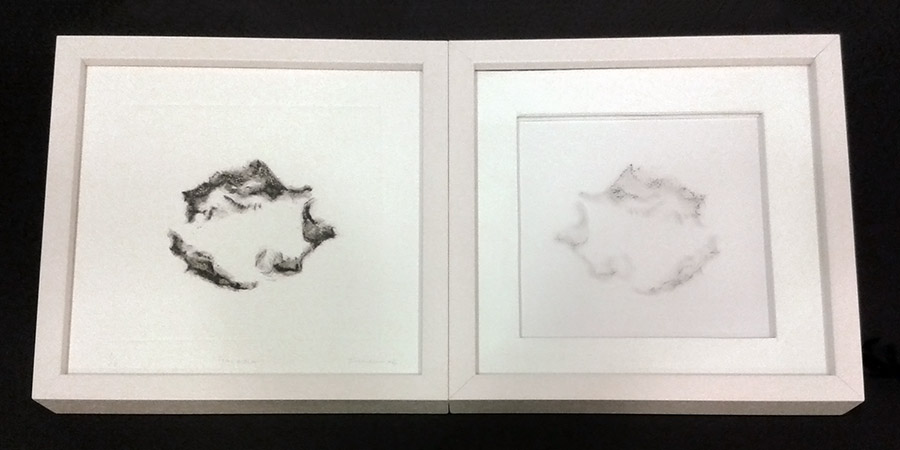 Fátima Conesa gives a new dimension to the methacrylate surfaces that she uses as a matrix. Once she has finished using them for that purpose, she makes a light box with them. At that point, the print is held and transformed into a tridimensional object that shows its image backlit. 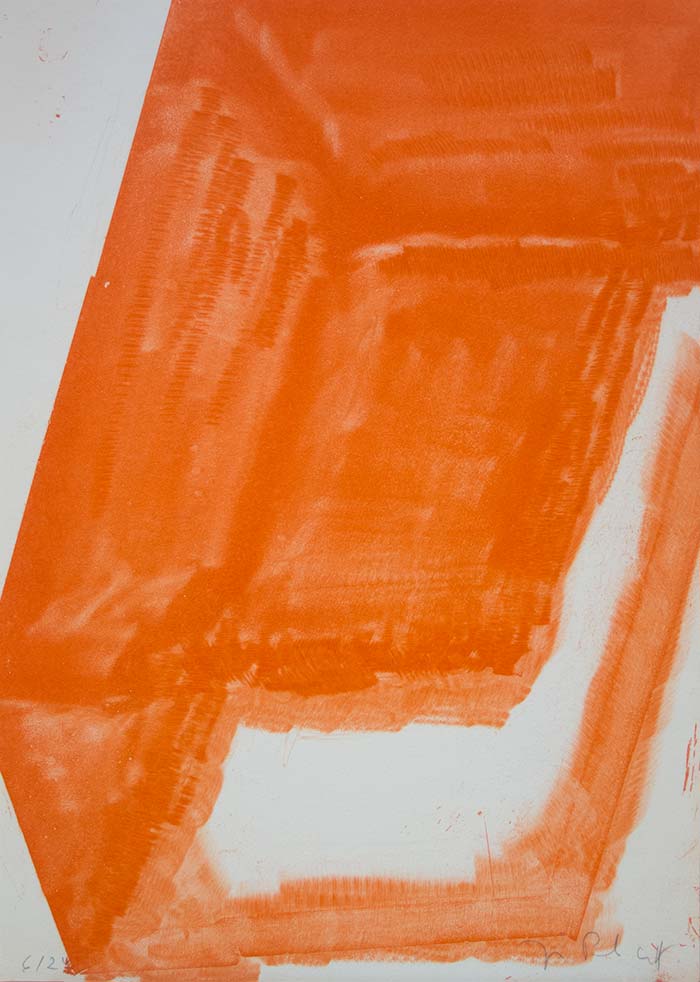 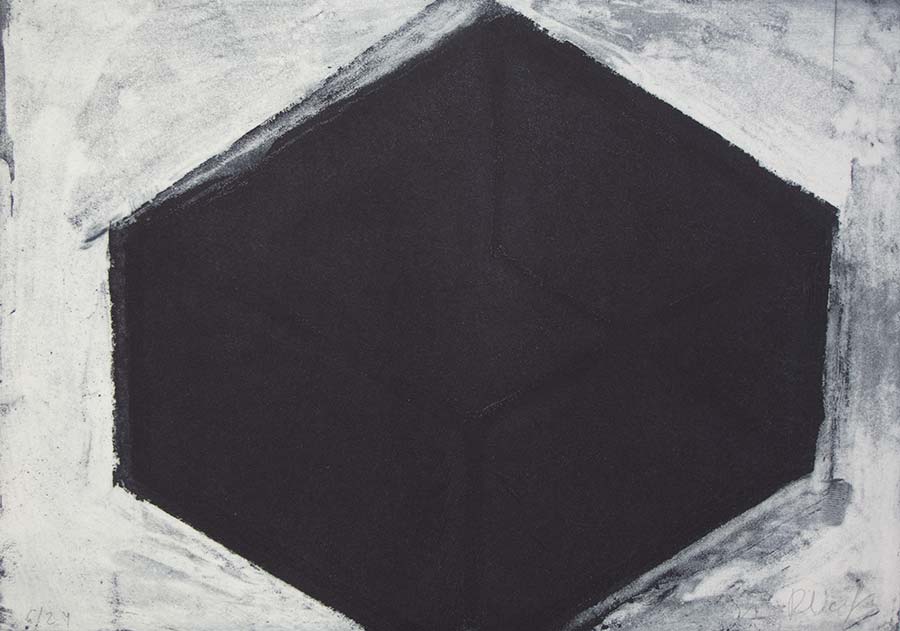 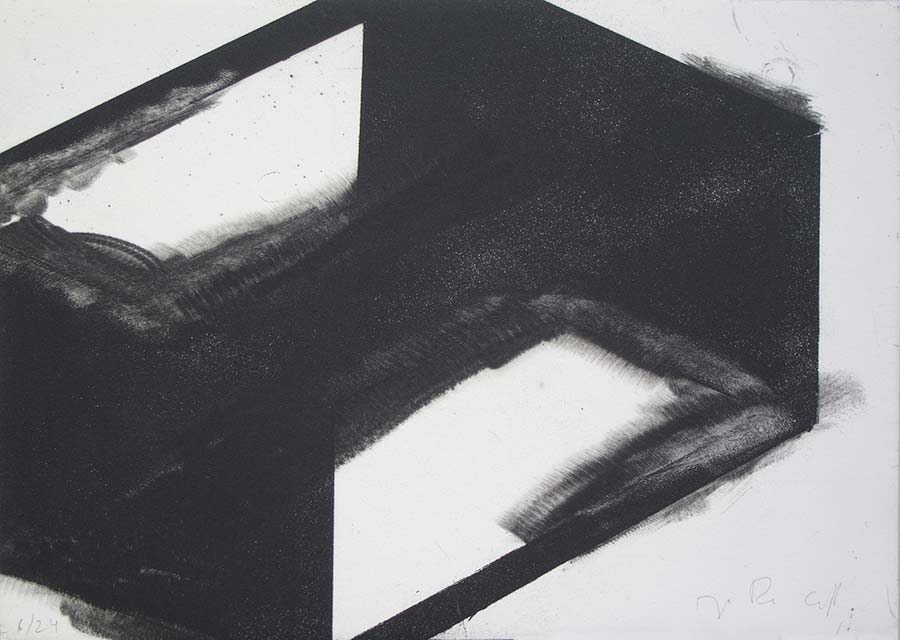 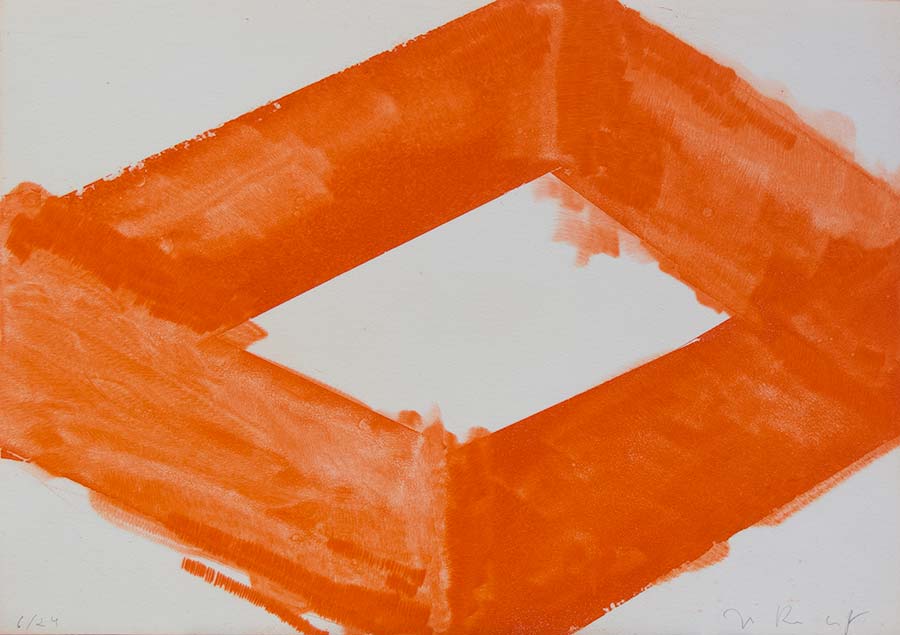 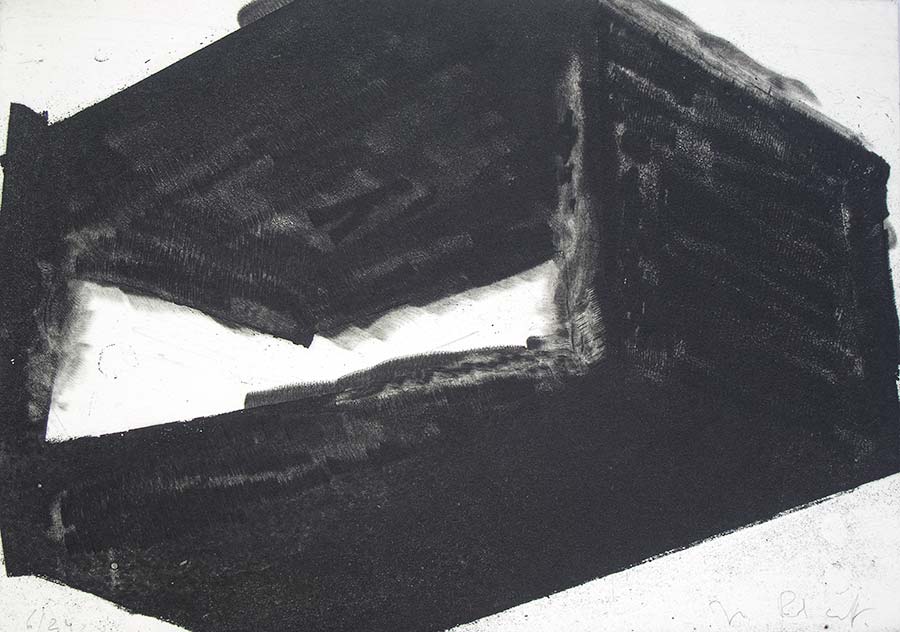 José Pedro Croft started printmaking in 1990 using traditional techniques. At the end of the decade he rebelled against himself to change the character of his prints. Using sculptor's tools he created works of great power despite their extreme simplicity. 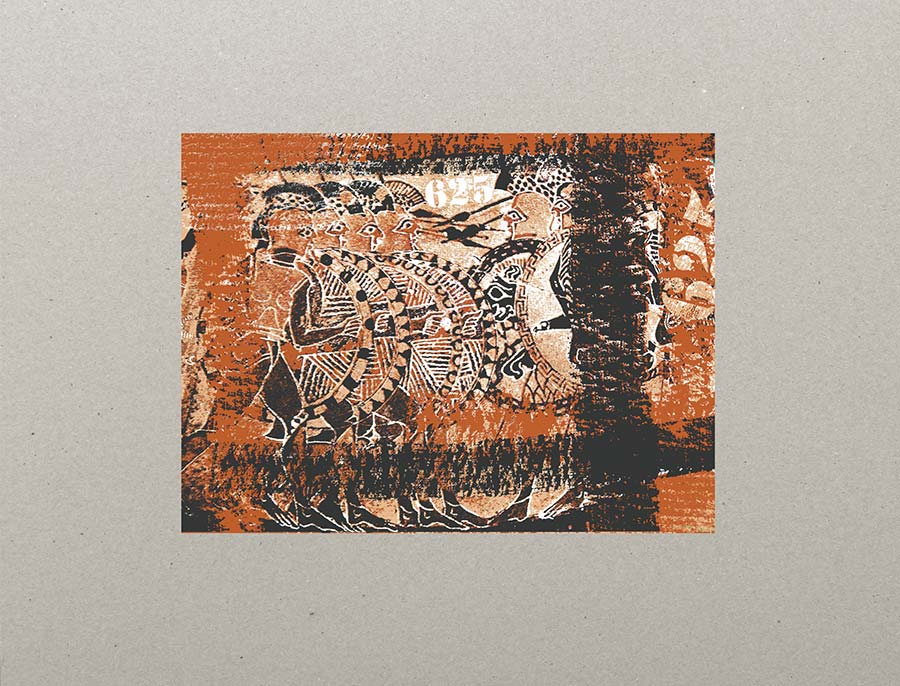 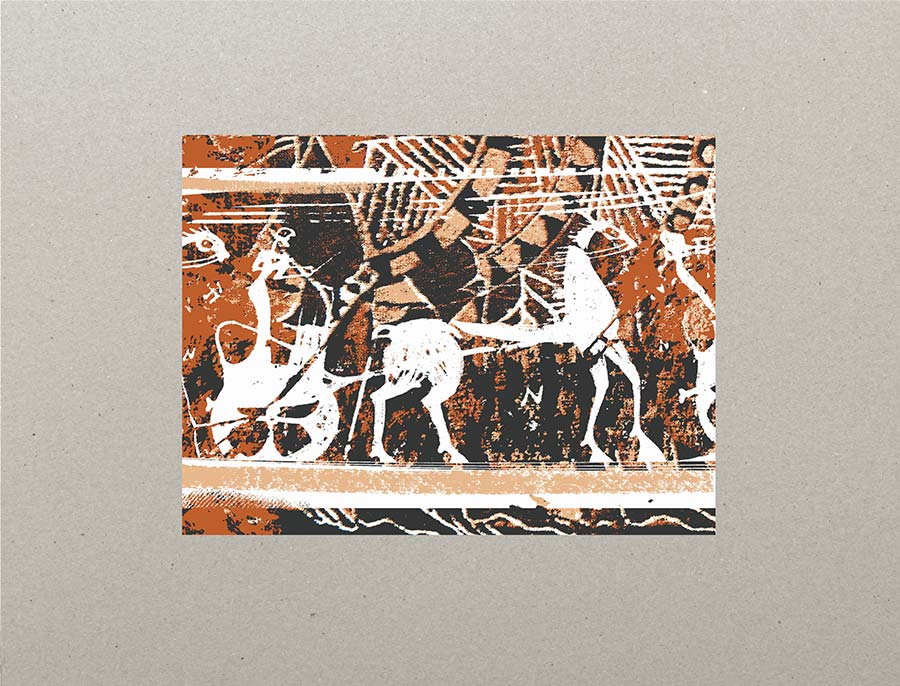 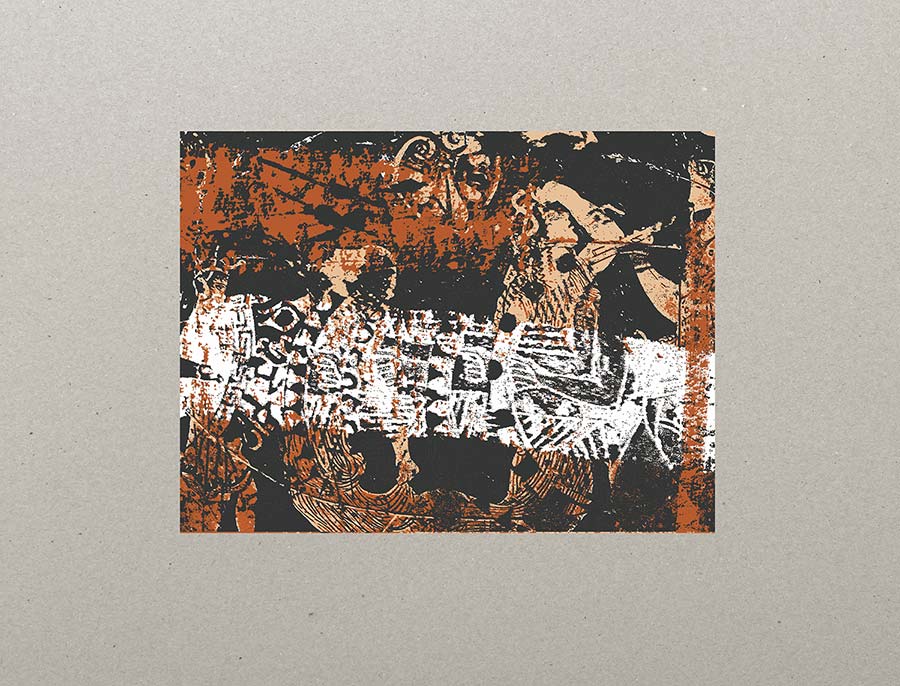 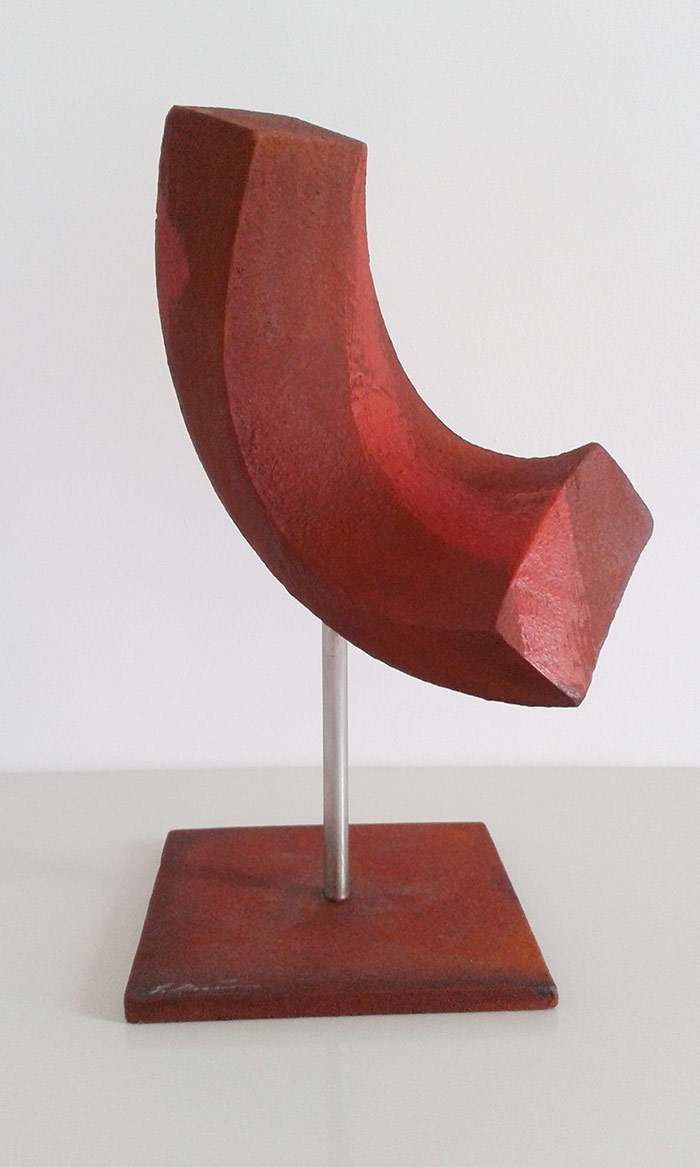 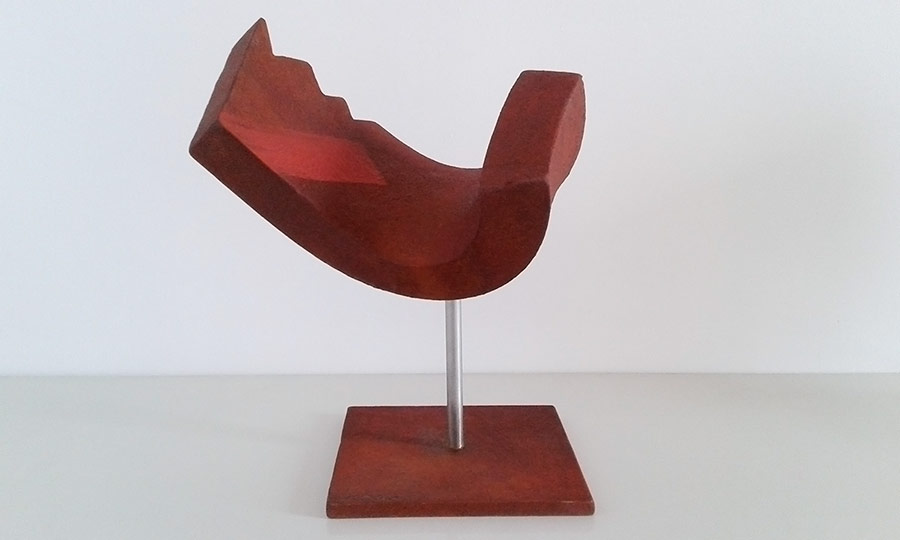 J. Doña deals with sculpture and print as a whole, moving between them seamlessly, at times even working on them simultaneously. Both techniques combine in his works without contradiction. In fact, he commonly applies stencil on his sculptures. 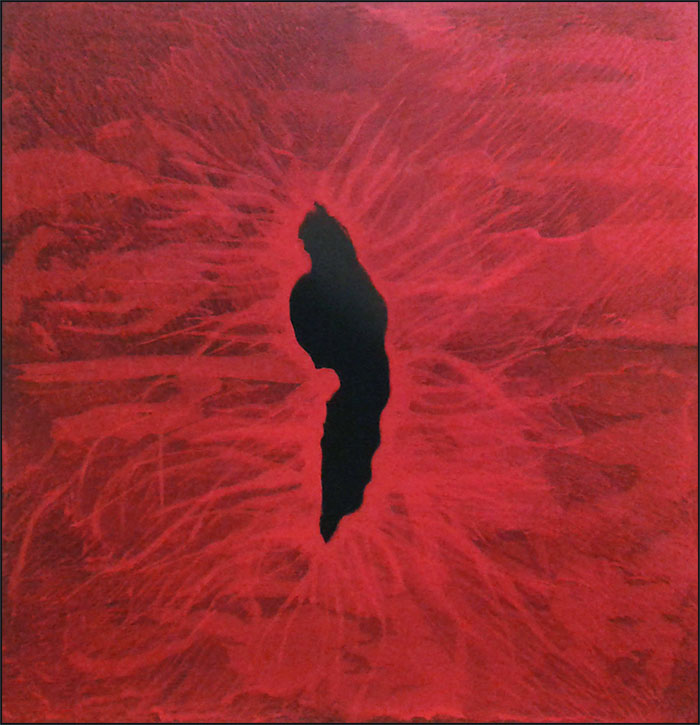 As a sculptor, Anish Kapoor often works on a very large scale. In his work on paper, despite the medium's restrictions of size and being two dimensional, Kapoor remains symbolic and sublime. Perhaps it is because he thinks like a sculptor that he can make these flat shapes seem so palpable: there is a magnetism there that one can almost feel. 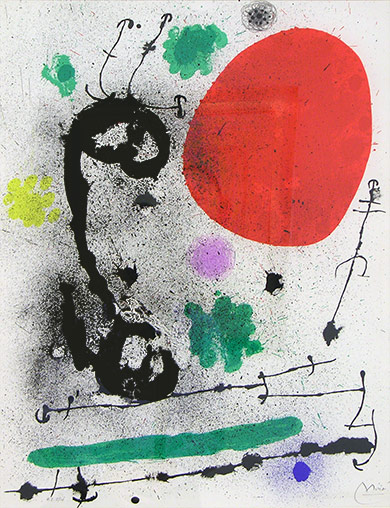 Title
El pájaro migratorio
Numbered
H.C 5/10
Year
1970
Technique
Lithography
Paper
Rives vellum
Printer
Mourlot
Notes
Commissioned by Louis Broder in 1970, Miró executed three series of lithographs under the titles of El pájaro migratorio, Las perseidas and Los videntes. Due to Louis Broder's death, it has been impossible to ascertain the number produced of these lithographs —lithographs that have not been commercialised. Only a few Hors Commerce have appeared in the Galerie Berggruen catalogue. There is the possibility that each of the above series had an edition on Japan pearled paper as well as 5 H.C., 75 on Rive vellum and 10 other H.C. The Rives vellum presented the “LB” watermark.

Joan Miró always considered himself basically a painter, in spite of being an artist with a very extensive and varied career. His sculptures have a monumental purpose, an implicit desire to expanded and shown outdoor. He stated “sculpture must stand in the open air, in the middle of nature.”

Miró’s attraction to printmaking partly came from his enthusiasm for collaborating with other artists. He rejected the solitary nature of painting and embraced opportunities to work with other artists and artisans to enhance his creative repertoire.

Like many great artists, he wanted to share his beautifully mysterious universe with as many others as he could and he understood printmaking offered him that possibility: “A painting is a unique example for a single collector. But if I pull seventy-five examples, I increase by seventy-five times the number of people who can own a work of mine. I increase the reach of my message seventy-five times.”

Blanca Muñoz began her relationship with printmaking shortly before winning the Calcografía Nacional grant in 1989. Her prints have been awarded prizes including the prestigious Premio Nacional del Grabado in 1999. Antonio Bonet has said about her sculpture “She takes space as a sculptural material”. Her language is geometric and constructivist but, at the same time, organic and poetic. 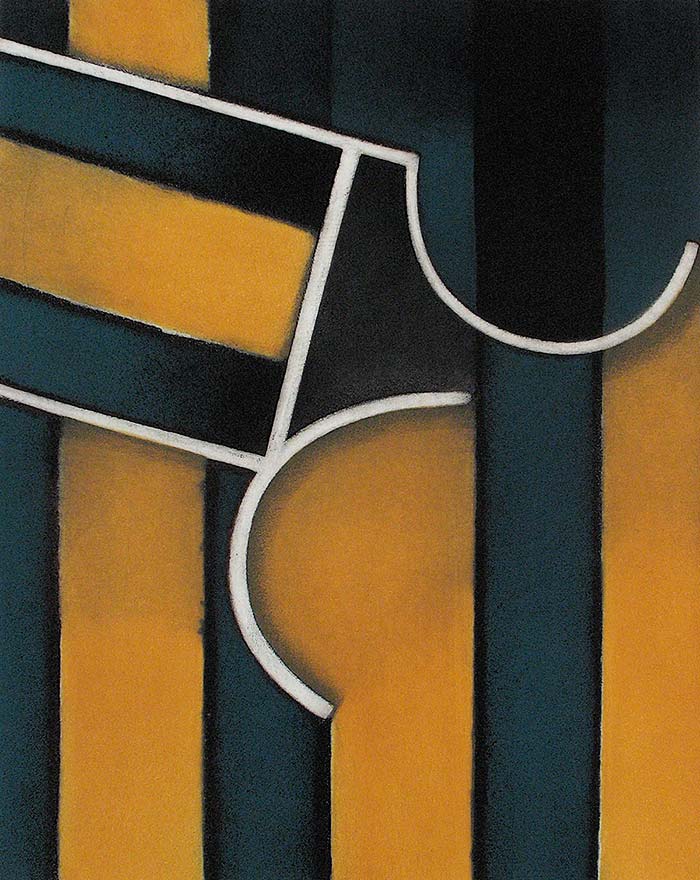 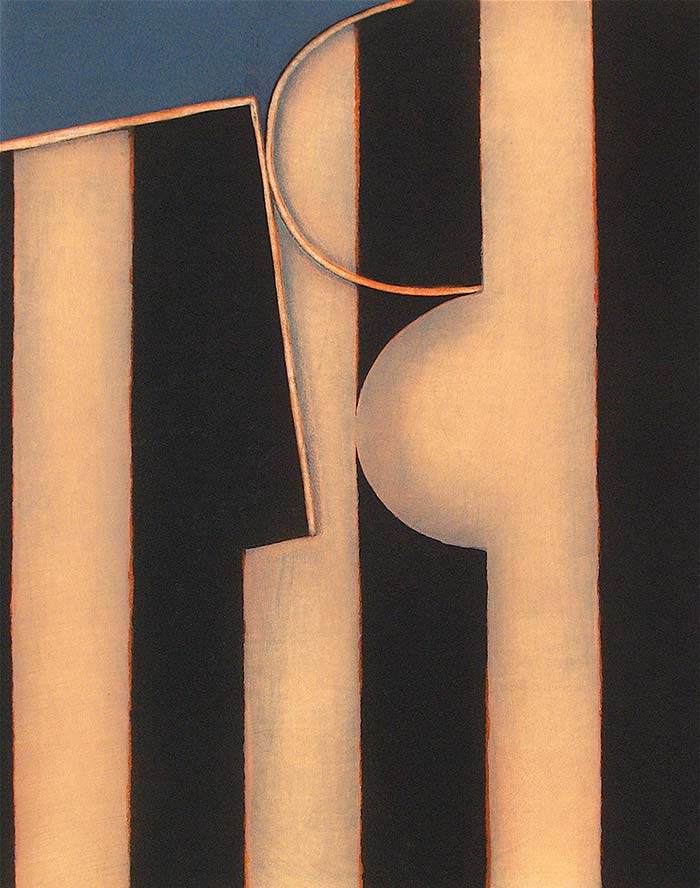 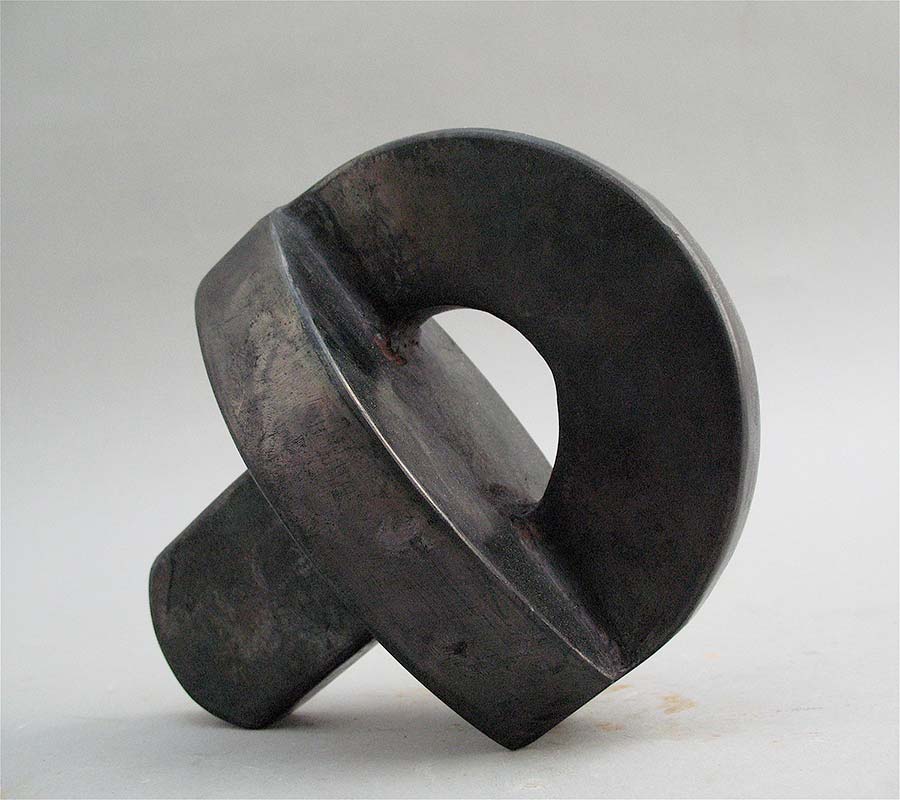 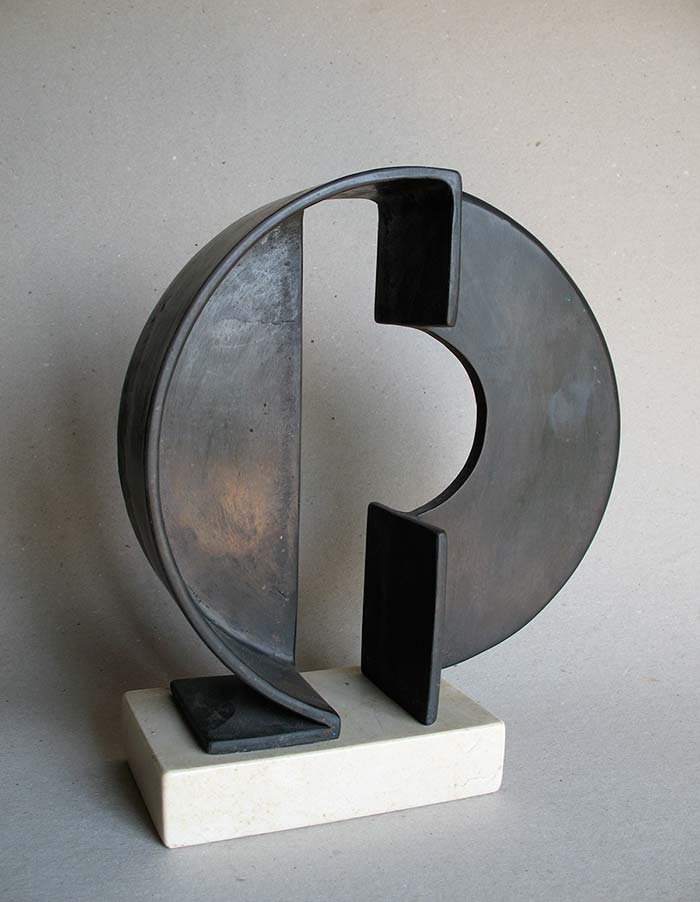 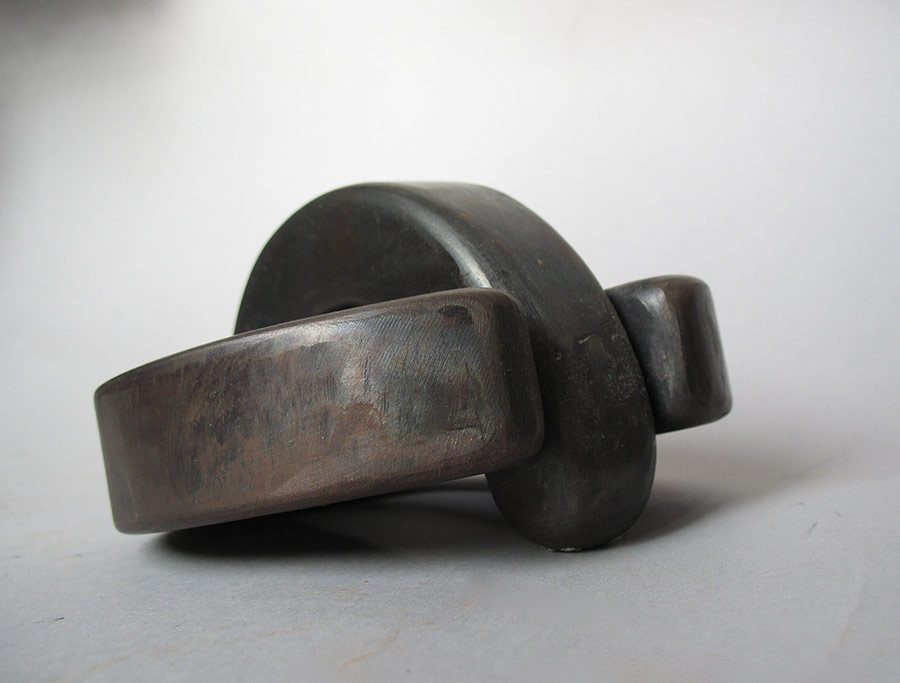 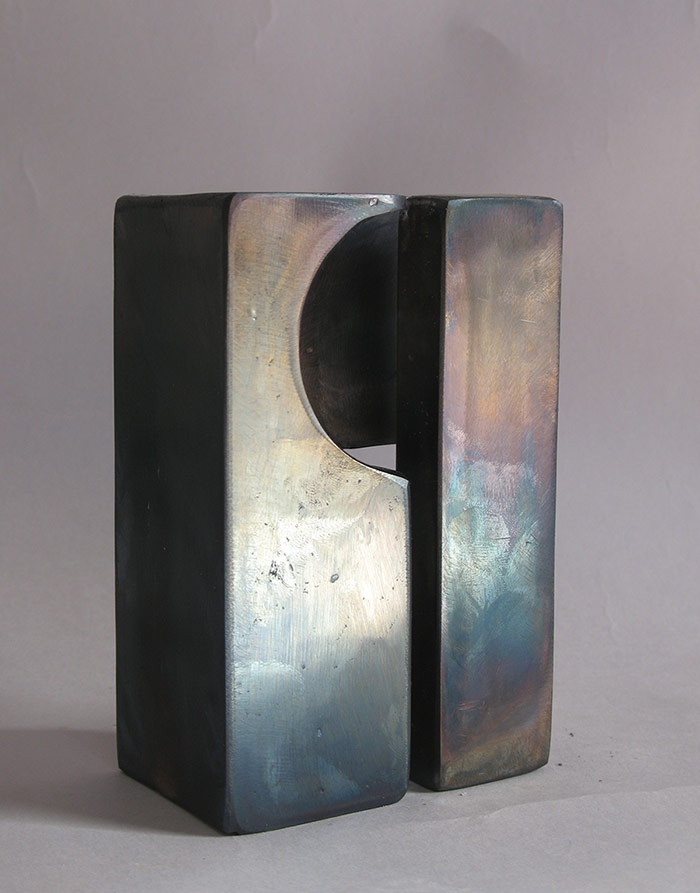 Perry Oliver is a self-taught printmaker. An art-loving friend showed him the technical possibilities of printmaking, gave him a press and printing tools. From this Oliver taught himself and became a master in sugar lift aquatint. Many important artists have worked at Oliver's workshop. Amongst them José Guerrero who from 1984 to 1987 pulled off his editions there. It was printmaking that took Oliver to sculpture. He explains it was a trip he could not refuse when a print “shouted” it needed a sculpture to be what it really wanted to be. 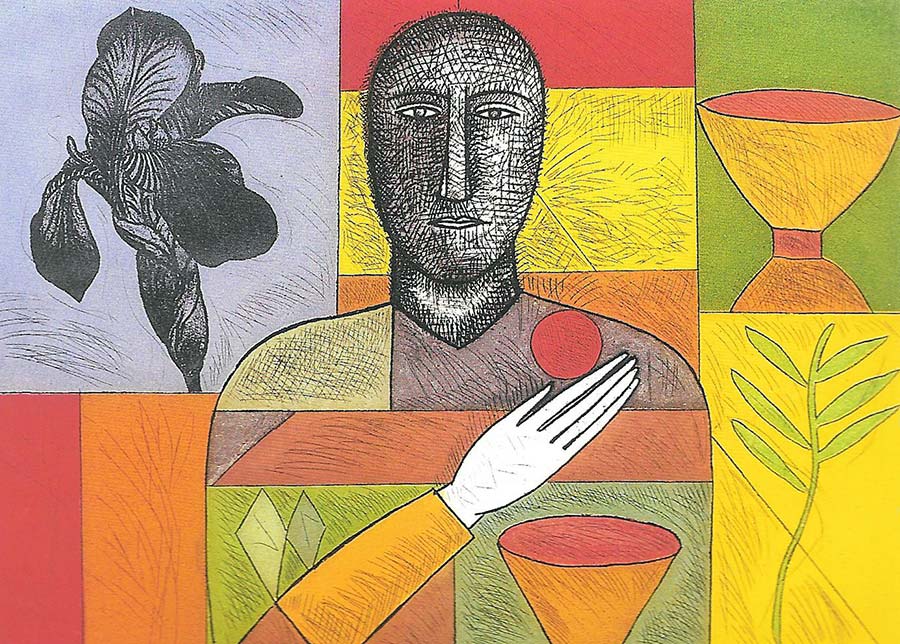 Mimmo Paladino is a painter and sculptor. Furthermore he has developed an extensive career that includes the most varied artistic languages: printmaking, terracottas and ceramics, opera and theatre scenographies, cinema, installations, interventions in urban spaces and collaborations with architects. His experimental ambition is one of the main characteristics of his prints, a world he discover in the 1970's. 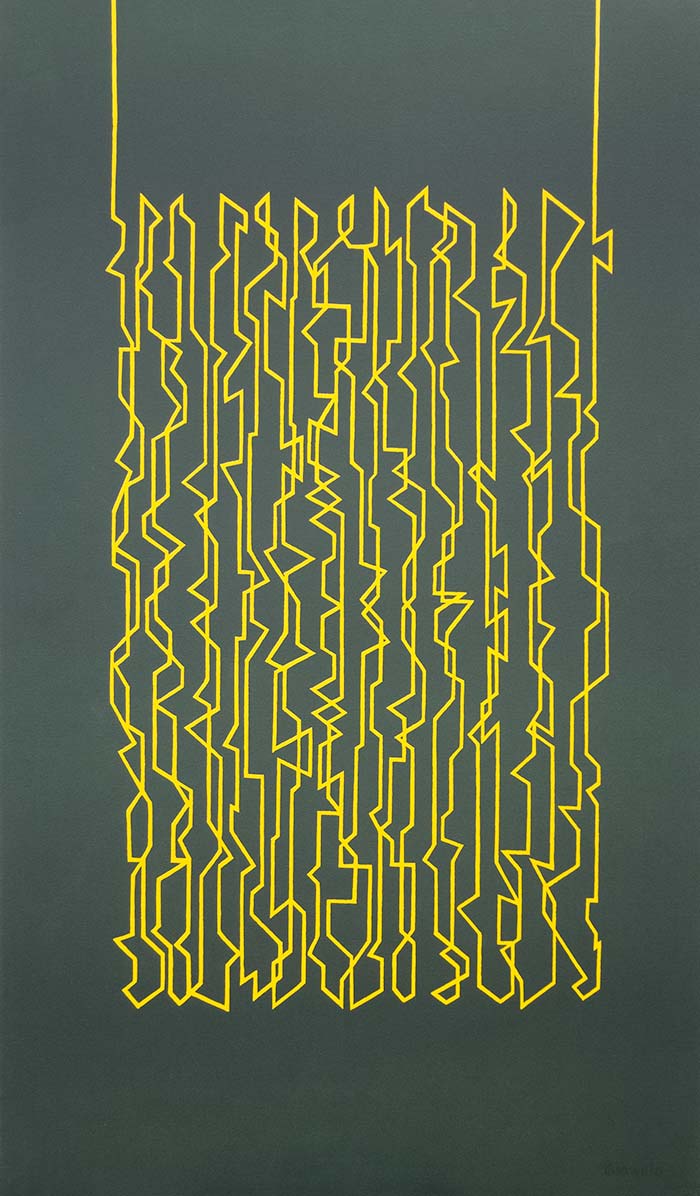 Pablo Palazuelo —painter, sculptor and printmaker— is one of the most significant artists in Spanish abstract art. He executed analytical art with the aim of exploring the symbolism of the universe through a geometric language. The synthesis between construction and mysticism clearly mark all his works.

The idea of rhythm is fundamental. His pieces shows organic growth of structures that are expanded rhythmically across the canvas, the paper or the space. 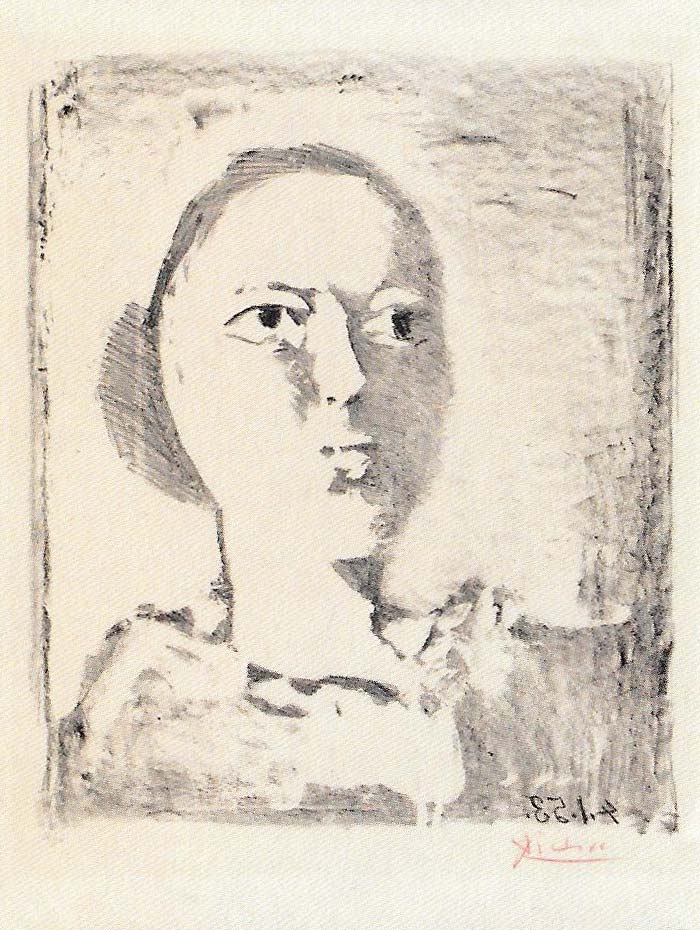 Pablo Picasso had an intense, even passionate, relationship with printmaking. It was a technique he experimented with and worked on with enthusiasm and innovation matched by few in the history of art. Renowned for his immense skill and range as an artist, Picasso mastered the art of printmaking.

Over the course of his long career, Pablo Picasso devoted himself to sculpture wholeheartedly, if episodically, using both traditional and unconventional materials and techniques. Unlike painting, in which he was formally trained, he approached the medium with the freedom of a self-taught artist. Treating them almost as members of his household, he cherished the sculptures' company and kept the majority in his private possession during his lifetime. 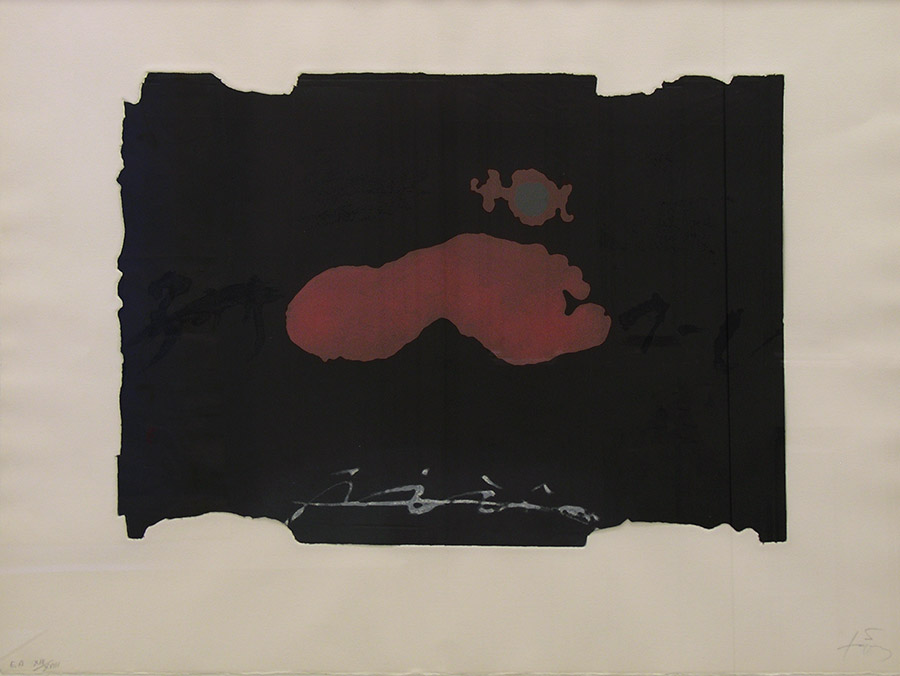 Antoni Tàpies as a printmaker is inseparably linked to his painter and sculptor roles. Making prints has allowed him to experiment with new materials and techniques with the aim of subverting the traditional means, thus giving a new expressiveness to prints.

In his sculptures he explores new techniques and materials as well. Using ordinary elements, underestimated and neglected —egg trays, chairs, hospital beds, clothes or baskets— the power of the artist is more evident as he permeates something simple and functional with mystery and intentionality.