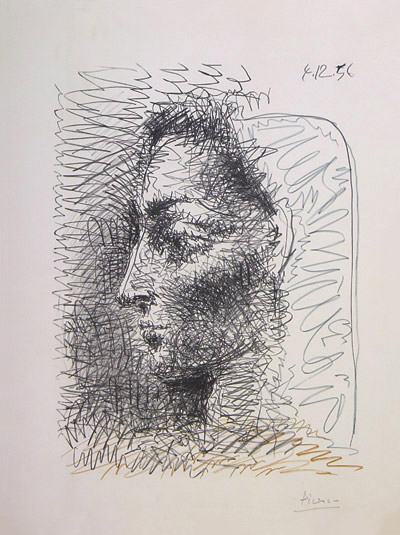 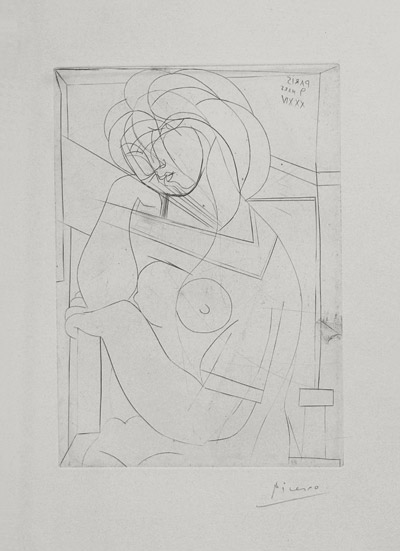 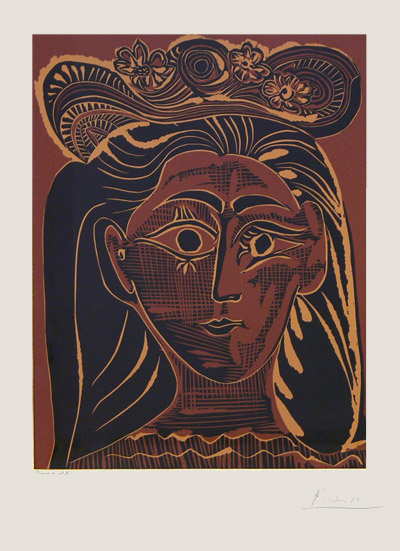 As Durero and Rembrandt were the great portrait artists of their time, so Picasso was the master portrait artist of the twentieth century and, like the former masters, he too worked not only with paint but also in prints.

There is a figure that traditionally has a unique place among the subjects painted by the artist: that of his helpmate — the woman, the lover, the companion who becomes a muse-model.

Picasso, in addition to being the outstanding painter of the twentieth century, is the master printmaker. The wealth of prints, more than 2000, underlines the importance of prints in his creative activity.

Picasso employed, in any given work, the technique best suited to the demands of the piece, never resorting to mechanical reproduction techniques. This exploration of the correct medium, always performed by the artist himself, being it using matrices or prints throughout his career, bore no little fruit in terms of technical innovation which has greatly benefited prints experimentation all over the world.

Two people contributed to Picasso blossoming into a printmaker in the 1930s. Roger Lacouriére, a master of intaglio techniques and printing, and Marie-Thérèse Walter, a beautiful woman Picasso had met in 1927 when she was seventeen and Picasso forty-six.

The collection known as The Suite Vollard, published in 1934 is a selection compiled by Picasso himself from works produced between 1930 and 1937 and that he thought would appeal to his dealer Ambroise Vollard, from whom the suite takes its name.

In 1954 Picasso meets Jacqueline Roque who later would go on to be his second wife. From this moment on she would prove an ubiquitous presence in his work, not only providing the artist with a physical and moral model but also serving as a channel of pictorial investigation and experimentation.

From this period we exhibit the lithograph of December 4, 1956, entitled Portrait de Jacqueline (Bloch 627) and the linoleum cut of 1962 entitled Femme au Chapeau à Fleurs(Bloch 1075).

Portrait de Jacqueline is a left-facing profile rendered using a combination of superimposed calligraphic and arabesque strokes which emanates a classical Hellenic serenity. With this profile, Picasso’s aim is to capture the eternal shape of the face, the immobile profile that, according to Aristotle’s theories, show the most lasting nature of human beings.

The end of the lithographic period coincides with the first years of Jacqueline’s involvement. On the other hand, this is the golden period for the linoleum cuts. Picasso popularises this technique into a modern process of graphical expression (linoleum cuts had hitherto enjoyed little favour among printmakers) and introduces important technical innovation, the most spectacular of which is the way to obtain different colours from one surface (Picasso’s method).

Femme au Chapeau à Fleurs belongs to the series of heads cut on linoleum surface from 1962. This print depicts Jacqueline’s facial features Picasso liked to highlight so insistently: wide-open eyes, nose straight and sharp in profile and her widow’s peak.

View the work of Pablo Picasso →