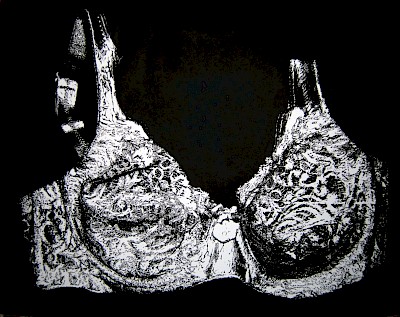 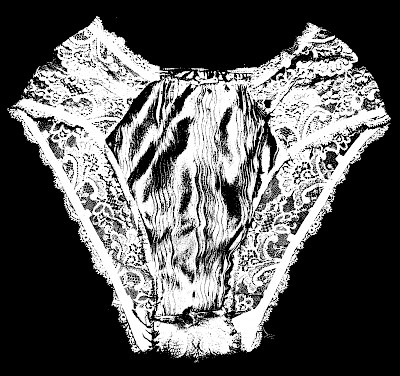 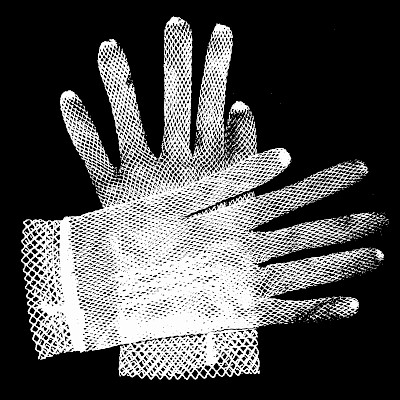 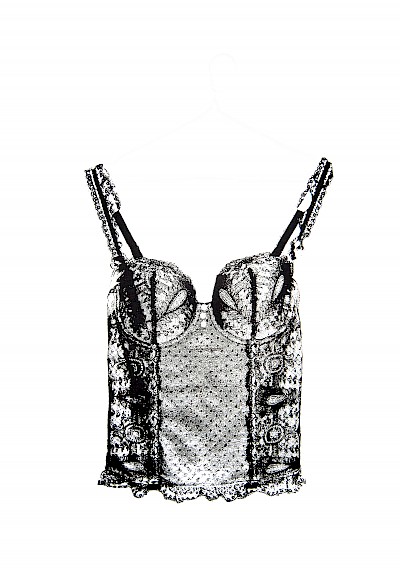 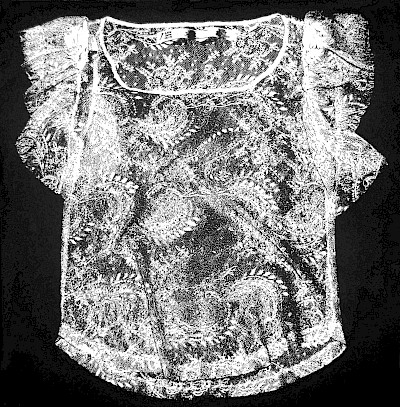 Natalia Latorre (Cartagena, 1990) is a young artist who lives and works in Madrid.

Her relationship with prints began in 2008, when she enrolled in a printmaking and graphic design course at the Escuela de la Real Casa de la Moneda of Madrid. Suite Femenino is her final year project, which she has been enriching and expanding since then.

In this series, Natalia Latorre shows a selection of works of great precision which reflects the delicacy of women’s underwear she is inspired by. In Natalia’s hands these undergarments are elegant, although some of them could be considered vulgar.

All the items selected for this suite have evolved and have been a milestone, not only in fashion but also in the history of female seduction. Each of them has its own story that helps to tell a greater one: old shops from the middle of the XIX century, famous brands from the 1950’s and the latest spring-summer collection of a multinational. They also have an owner, who shall remain nameless.

The artist admits: “The concept is based on Pop art, not because its aesthetic, but because an everyday object is promoted to a higher level.”

Natalia Latorre offers a woman’s point of view of female undergarments but she points out: “The work as a whole, far from being a feminist vision, attempts to remind us that today as we are so focused on the importance of gender, we tend to forget our individuality and have skipped this female side, this unique side.”

View the work of Natalia Latorre →