José Guerrero in the workshop of Perry OliverOctober 2008–March 2009 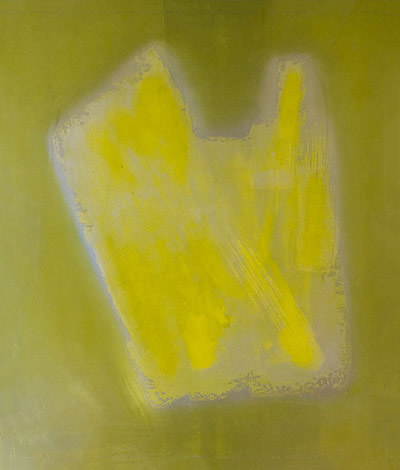 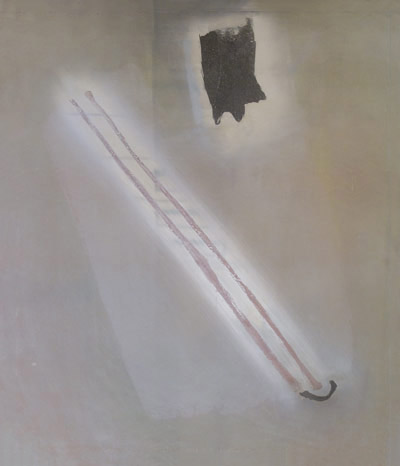 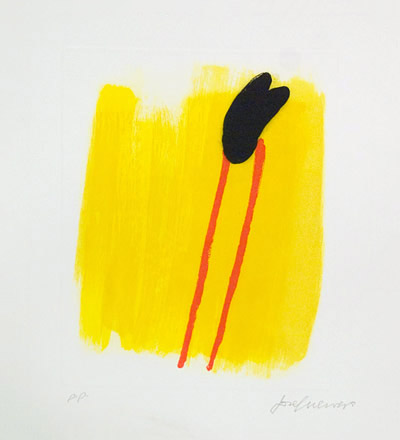 Many painters do not realise what they can learn by working with prints. The space of the paper is very important, the flatness of form. With oils, with paintings, you have the possibility of using more tricks, but with printmaking, it is impossible, it is flat, there is the purity. Look at the prints by Picasso.

The rapid change towards abstraction in the work of José Guerrero (Granada, 1914—Barcelona, 1991) that took place almost immediately after his arrival in New York in 1949 cannot be explained without the many days he spent in the printmaking workshop Atelier 17 of Stanley William Hayter situated on the Lower East Side.

The importance of the workshop lay not only in the fact Guerrero learned printmaking techniques, but in the radical attitude of Hayter himself.

Hayter studied in Paris during the period in which surrealism and “psychical automatism” were in fashion. He had also been a friend of Kandinsky. In his workshop, the copper plate became a field in which abstract forces fought and Hayter encouraged the majority of the artists who experimented there, amongst them Miró, to free themselves from both traditional and cubist spacial conventions.

The hard work of Guerrero in the workshop led him rapidly towards an intellectual atmosphere where his pictorial imagination was liberated. Furthermore, he learned about the value of chromatics, the incredible variety available in the juxtaposition of black and white.

From this moment, print forms part of Guerrero’s world.

Without a catalogue raissonné of his prints — in preparation by Centro José Guerrero in Granada — we do know that in Spain, in 1967, Juana Mordó published a portfolio Six Lithographs with a text by Jorge Guillen and in 1971 The Museo de Arte Abstracto in Cuenca published a portfolio Fosforescencias: seis serigirafías, accompanied by a Stanley Kunitz poem. Additonaly, in 1975, he participated in the portfolio Granada a Rafael Alberti (published by Fundación Rodríguez Acosta) and Grupo Quince published El color en la poesía, six lithographs accompanied by poetical text by Rafael Alberti, Federico García Lorca, Jorge Guillen, Pablo Neruda, amongst others.

If José Guerrero left Granada, after a tour of Madrid and other European cities, to establish himself in the United States, Perry Oliver made the trip in reverse: from Pennsylvania to Nerja.

Oliver travelled to Europe in 1968 and, tired of the winding road, he stopped in Nerja and took up residence in the house — a former school — where today he has his printmaking workshop.

In the United States he had been a partner of the architectural design studio Oliver Wright Associates but had no artistic training.

An art loving friend showed him the technical possibilities of printing, gave him a press and printing tools. From this Oliver taught himself.

His favourite chalcographic technique is aquatint, of which he became a master. Instead of a mechanical resin-box, he powders the resin manually onto the plate with a small bag. This allows him to achieve beautiful transparencies.

Having returned to Spain in 1965 with his family, Guerrero acquired the Cortijo San José in Nerja, on the road to Frigiliana, where they would spend their summers.

Therefore fate led these two artists to meet and collaborate from 1984 to 1987.

The prints and the plates we show are from that period and were made in Oliver’s workshop in Nerja.

This exhibition serves as a small tribute to José Guerrero — whose birthday would be on October 27th — and also to vindicate the figure and the work of the printer, so forgotten in the history of art.

View the work of José Guerrero →